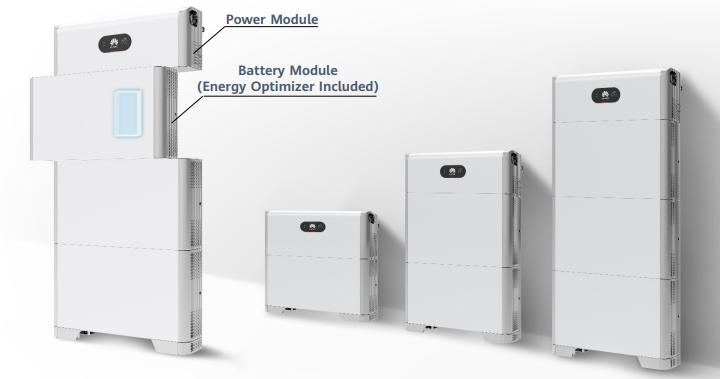 Those six green battery cells are enough to run a busy laptop all night long..

Now how many of those cells would you need to run your entire house all night? 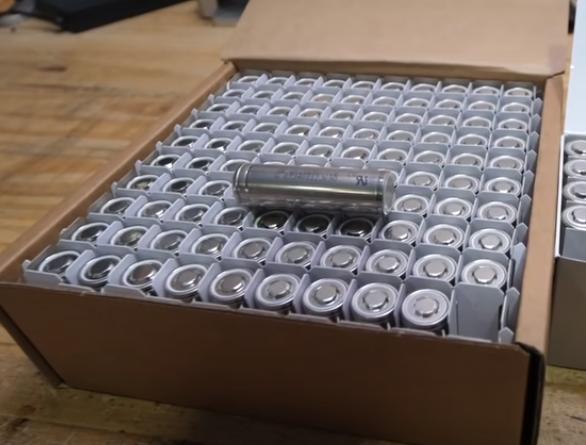 No, more than that. This is inside a Tesla Powerwall 2. Banks of cells EVERYWHERE 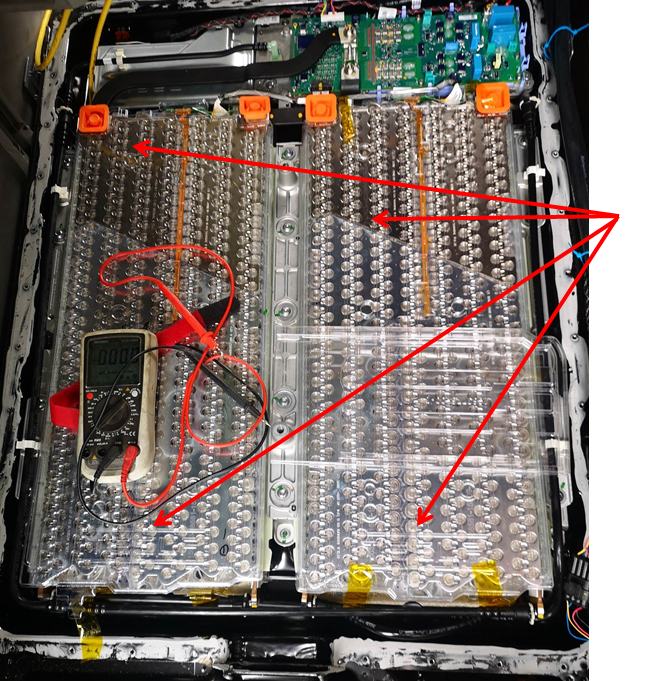 That's mainly what a solar battery is...

Those cells need to be great quality because they will be warranteed to be doing their job relentlessly for 10 years.

The fact that so many cells are sharing the load helps a great deal in achieving that long-life, as does the Battery Management System (BMS) that comes with the battery.

The cells are usually made by Panasonic, Sanyo, BYD and Samsung and increasingly, and a little cheaper by the giant ATL in China.

The battery also needs an inverter. A big inverter capable of handling 5kW or more of charge and discharge power.

Tesla Powerwall has one of these built-in which partly explains why it costs so much, but there are many 'hybrid' solar inverters these days capable of running both your panels and the battery so you don't need to buy two inverters.

If you have solar already and don't want to throw away your beloved Fronius, SMA, ABB etc solar inverter then there are second 'battery-only' inverters that you can buy for around $2,000 that will run a battery from SMA, Goodwe, Growatt and others.

After the cells and the inverter, we get to the all important BMS. The Battery Management System that runs the whole show and make sure that the batteries are well treated. When the manufacturer is offering a 10 year warranty you can be sure that they want to make sure the cells are treated well and that no enthusiast can 'tweak' their battery.

So now we move onto what solar batteries are available and what they cost.

That's how you end up paying about $15,000 for a 13.5kWh Tesla Powerwall at the top end of the price scale (but includes an inverter) or $4,800 for a 6kWh Growatt battery at the other end of the scale.

Is it economic madness to buy a solar battery in WA?

The value of a kWh of battery storage in WA to a new solar buyer is $91.25 a year. So if you have a 10kWh battery you'll see a maximum annual benefit of $912.50. Even with a cheaper Growatt or Alpha battery, that's still a very long wait for your money back.

However...if the current trial going on in WA with 400 homes becomes a reality for all of us in 2021 (after the election of course) then we'll be paying 55 cents instead of 29 cents for power between 3pm and 9pm and the value of the battery power becomes $186.15 per kWh.

$1,816 a year return from a 10kWh battery. That's MUCH better. Your 10kWh battery costing perhaps $9,000 would be paid off in 5 years, and then it's profit for you after that for at least another 5 years.

One last thing about 'usable power' from a solar battery

Inverters need power to run. A solar inverter gets its power from the solar panels during the day, but at night it either powers itself from the battery, or from the grid.
The same applies to an AC coupled inverter like the Tesla. Something has to power it. Just bear that in mind when you read 'usable power' because some, maybe as much as 10%, of your 'usable power' is likely being used to deliver the other 90%.