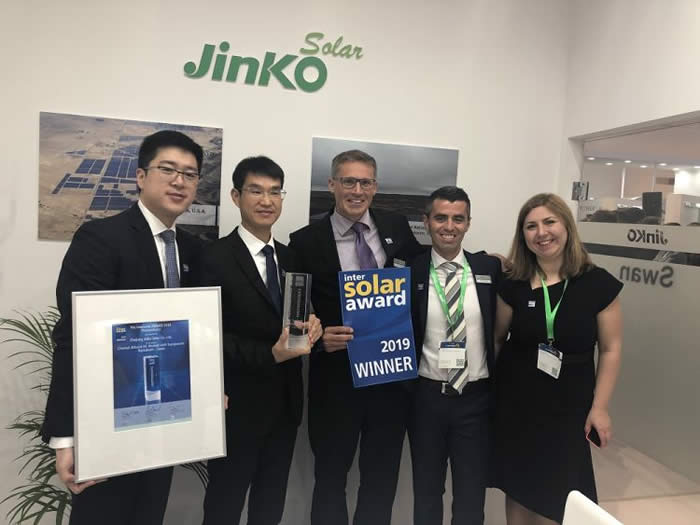 Jinko make some really superb panels these days. In fact their 'Swan' model just won 'Best Panel' at Intersolar 2019, a prize that went to German designed Q.Cells Duo the year before ...and also the year before that, and the almost perennial winner LG in 2013, 2014, 2015 and 2016.

However, it is very unlikely that we will ever see this award winning 'Swan' panel in Perth.

The Jinko panels our local wholesalers stock are the more mundane 'standard' quality Jinko models. However, the fact that a Chinese manufacturer took out this prestigous award shows that they are spending up big on R&D.

The current Jinko model is a 330W half cell mono. It's called the Cheetah. No-one knows why Jinko name their models this way, but it's certainly more interesting  than a boring number.

Backsheets have been in the news a fair bit recently with reports of many old panels developing yellow or brown backsheets over time, that used to be a nice bright white. Jinko have been getting a lot of praise because they use what's meant to be the best backsheet of all, the DuPont Tedlar. In truth, all panels have reliable backsheets now, DuPont or not.

Our experience with Jinko panels over the years has been excellent. We did have a faulty one a few years ago but it appeared that perhaps a golf ball might have had something to do with its demise. Joondalup Golf Course was in very close proximity.